Softball season comes to an end 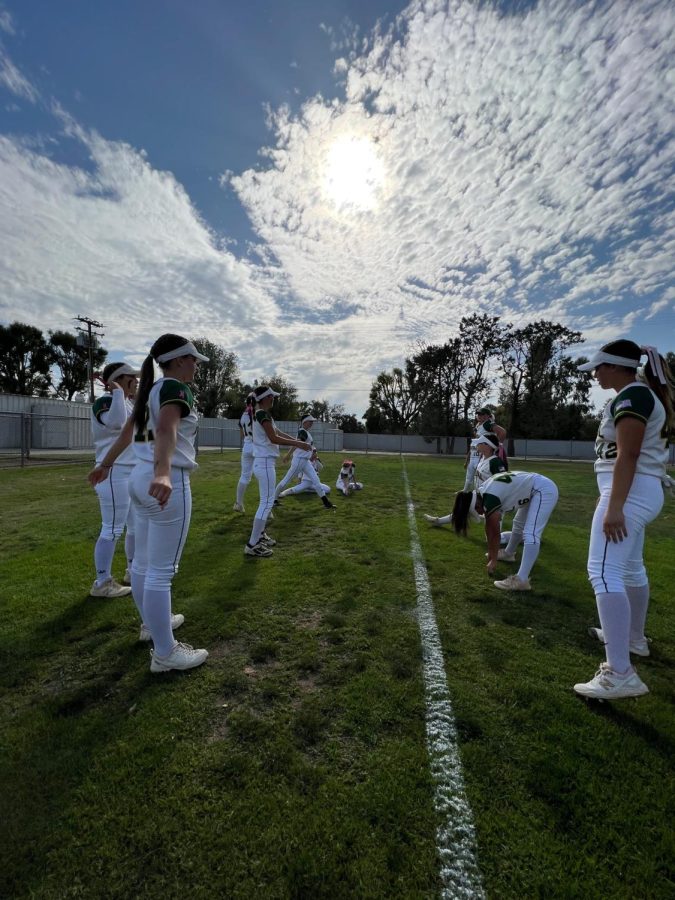 The softball season getting ready for their last league game of the season; warming up and getting ready to go and put all of their effort out on the field.

Standing in second place in league, girls softball had an amazing season with an overall record of 15-10 and a league record of 5-3. The softball team made it all the way to round two of CIF playoffs where they fell short to Centennial Corona 10-0. Overall, the varsity team had some ups and downs throughout the season but in the end, they found a way to fight through those to make it to the second round of playoffs.

Throughout the season they beat other teams like Simi, Moorpark, and Oak Park. Varsity softball had seven seniors who finished their four-year softball ride. Senior outfielder Camila Dalmau said, “I didn’t know what to expect, but I knew that I had to make my last season memorable with my teammates.”

As a senior, the final season can be rough because you want to do the best you can. For some, they’re saying goodbye to something they have been playing for most of their life. As the season went on, senior Isabella Manory found herself on top, leading the team in fielding percentage with a .996 and guiding those around her. Freshman Holly White had an amazing first season leading the team in hitting with a percentage of .377. As this is only her first year on the team, the players agree she had the best season to start high school on.

The team, growing its bond throughout the season, became the best team to be around. Getting along and bonding through many different team pasta nights, games, and practices created a great atmosphere. As senior outfielder Abbey DeJong said, “The team was very energetic and supportive. It was an amazing team to play with for my last year here at Royal.”