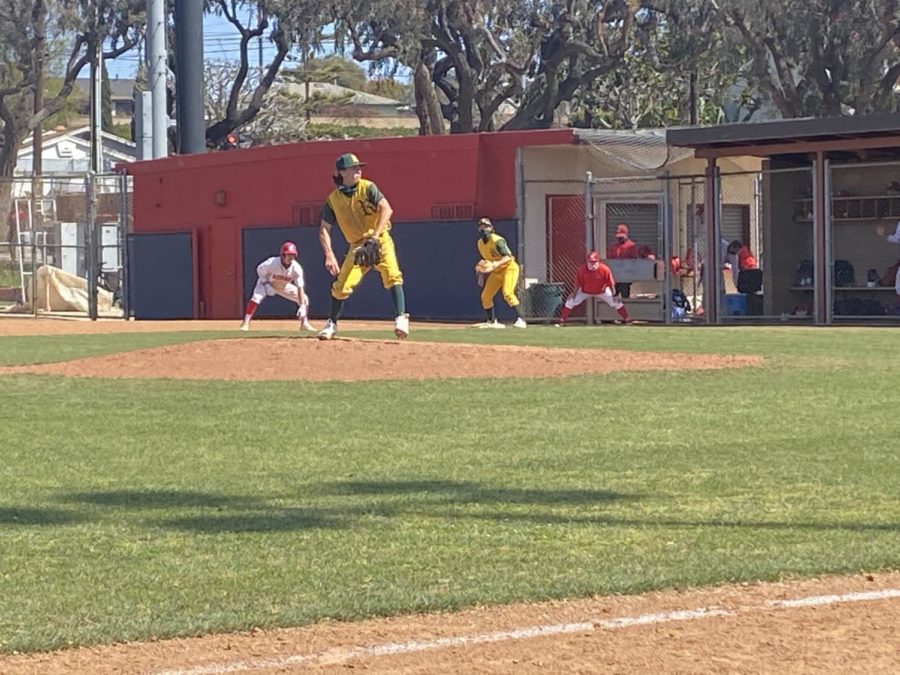 Josh Busby pitches a gem as he leads Royal to there first win of the season in there season opener against Radondo 13-6 on Friday, March 19.

All sports are different, whether its rules, balls, or game play, but what each sport has in common with each other is that every player is different. Anyone who has ever played sports can speak from experience that each player is different in their own way. Some players have certain routines or rituals they perform before every game; while some players aren’t superstitious and don’t perform any pre-game rituals. Other players choose to go on strict diets and work out regularly throughout the season while others tend to eat unhealthy and choose not to workout. These different tendencies amongst the players is what makes each player unique from one another and helps them compete in the sport they love.

While talking to players on the baseball team there are two players that are completely opposites when it comes to pregame rituals and dieting: Ryan Stewart and Nate Hamburger. “Superstitions are not real I just go out there and play baseball and when it comes to eating healthy and going to the gym I never do,” said junior first baseman Stewart. Hamburger response to the question was a complete opposite response as to what Steward had to say; “Of course I believe in superstitions before every game I have to organize my bracelets in a certain order so I can perform good in the game, and when we are in season my working out and dieting is strict; I work out at least three days a week and cannot eat any sweets,” said junior center fielder Hamburger. With completely opposite approaches to the game, both players have the desire to win and perform to the best of their abilities. This shows how players from all sports can have very different mindsets in how they approach their sport and there is no right or wrong way to go about it.