End of the youth 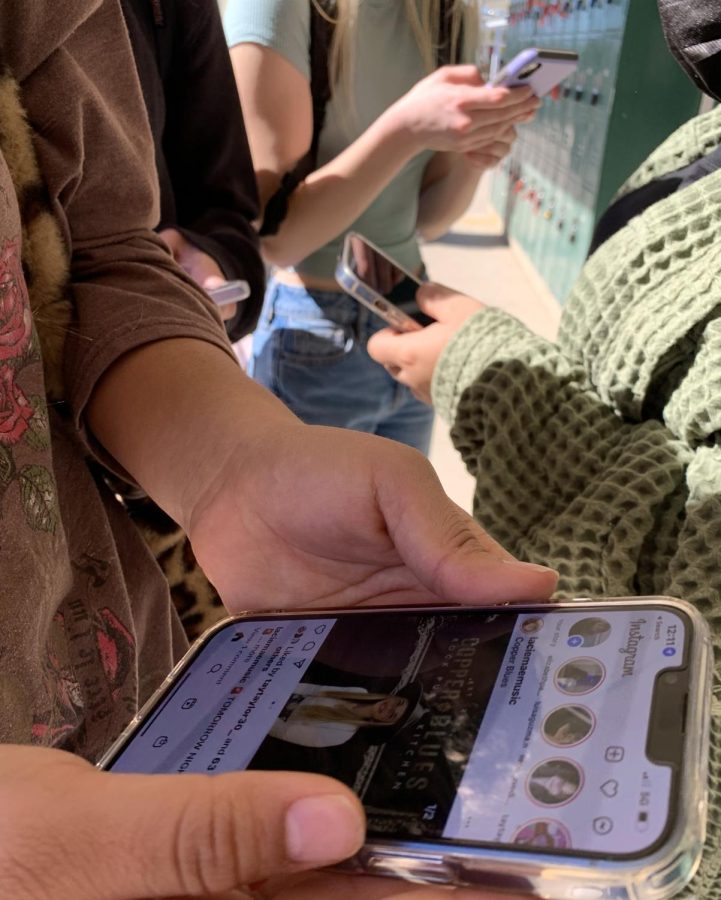 Students taking their free time during lunch to spend time on social media and phones rather than communicate during their socializing period.

Social media: the biggest enemy facing society? Children are growing up on Instagram rather than truly enjoying their youth. According to a study done by child psychologist, Dr. Kate Eshlemen regarding social media and its effects on children, behavioral changes including tics, irritability, and anxiety have become increasingly common due to too much social media exposure.

Children went from playing freeze tag, to taking the best selfie. People always say to take advantage of one’s youth, but are kids taking away their own childhood? Depending on the time one was born, some kids may have been affected more or less from social media. “I miss most that we weren’t so worried about appearances and how easy everything used to be,” said senior Emely Navas. Is it parents fault for allowing their children to have access to social media, or is the entire society to blame.

Celebrities make their bodies look a certain way to impress others. Influencers post photoshopped images to make their food look more expensive and appetizing. Social media is filled with many lies and with children having so much curiosity, it is hard to not see an impact from Instagram models on their daily lives.

An eleven-year-old can be outside running in the rain with their friends, playing on the swings, but instead are following the newest viral TikTok trend. “I miss the way everyone got along when I was younger,” said senior Lindsey Paz. “I remember playing tag, always laughing, and having fun every day, no one judged anyone.”

Adolescence is something no one can get back. Every situation is different, which is why it is important to understand the difference between someone who didn’t grow up on social media versus someone who did. “Growing up, I was too focused on social media instead of the real world,” said freshman Sophie Gonzalez. “It influenced me negatively because I was exposed to things I would never have seen if I wasn’t on social media.”

This society will continue changing, but being the leaders of tomorrow, students and teens may begin to consider how their future life, whether with children of their own or not, will be shaped by social media. The media has good aspects and impacts: getting to know people, having available knowledge, bringing awareness, and reaching a larger audience. Is social media the menace or is society handling this wrong?