Construction on campus: What is to come?

Completion of renovation of MPR [multi-purpose room] expected May of 2022. 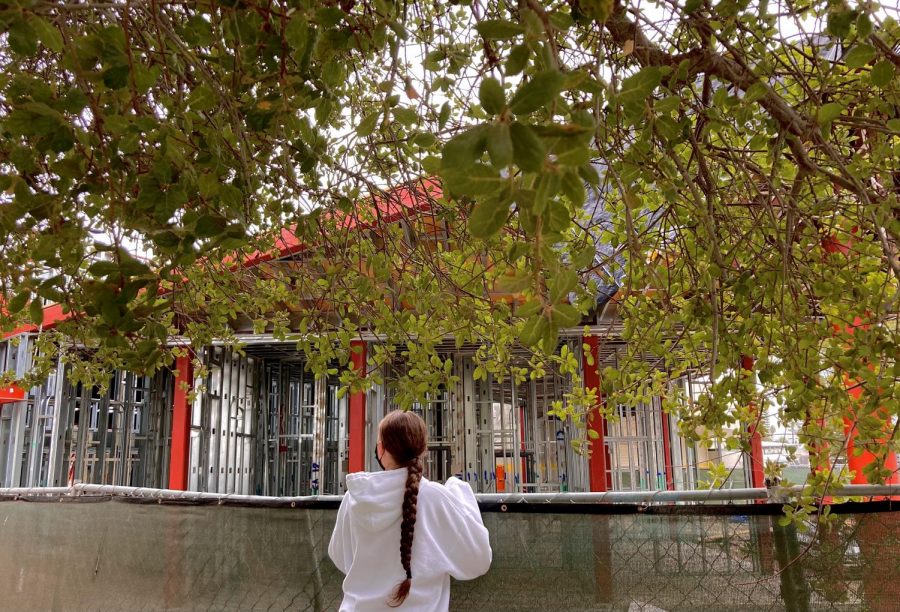 Though school has returned to a somewhat normal state, it is missing a crucial component that previously acted as the epicenter of life on campus, the MPR. As of May 2020, renovations began to create a facility that could be utilized for lunch, performing arts, and even club gatherings.

The central purpose of the remodel is to design a space that exhibits a setting similar to that of a theatre, consisting of new control rooms, improved acoustics, and modernized sound and light systems. However, the renovation will also include features for all students, such as retractable seating to allow for extra room during lunch hour. The district is hoping the completion of MPR this coming May will be worthwhile for students’ lives all across campus, as many students and staff have been awaiting the completion of this project for months.

“I feel like not having a cafeteria is such an inconvenience to get food,” senior Brooke Houghton said. “The social aspect of it is also affected by a much more separated environment, so I am really excited to get a new cafeteria.”

When the passage of the Bond Measure X occurred in 2016, the necessary funds finally became available to the SVUSD to begin discussing, planning, and researching ideas for a new and improved MPR. Several years later, blueprints were made, and action began.

“I honestly couldn’t tell you how long the plan to modernize the building has been discussed,” [RHS] Plant Manager Sandy Watson said. “A major remodel of a public building like this is a huge undertaking, and requires years of research.”

The overall aim of the MPR’s renovation is to achieve a heightened social and academic environment through a “state-of-the-art” facility for all students. A project of this size will hopefully enact excitement into students’ hearts and take us all one step closer in the direction of normalcy.