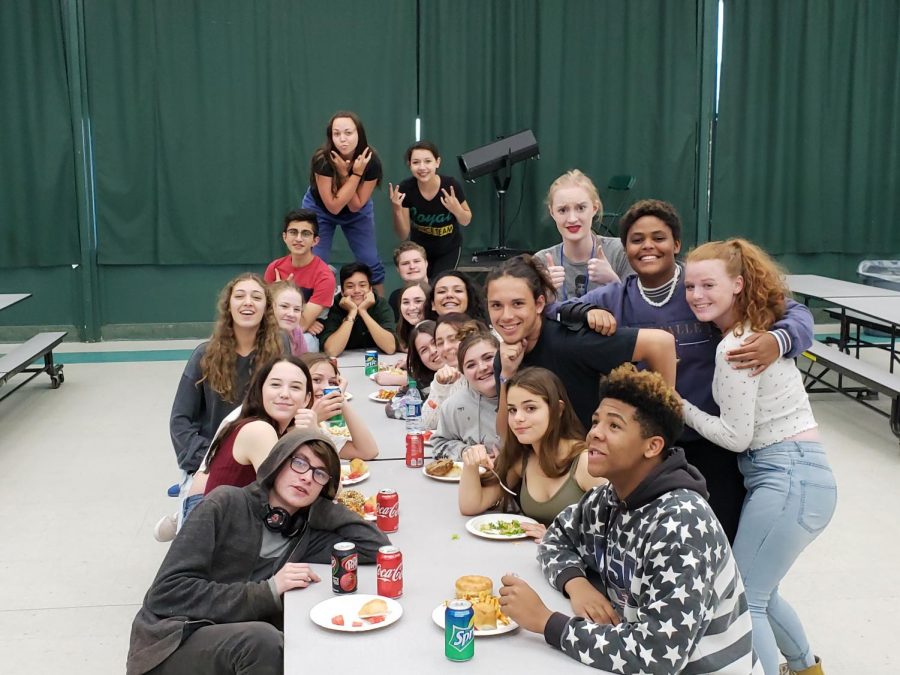 The Drama club did it again; they put on an outstanding musical called “Annie Jr” with director, Mrs. Karin. This musical took a lot of hard work and time. Mrs. Graeve also helped all the actors with their voices.

All of the actors took their time to put this all together including G. Fausett as Grace Farrell, D. Jeffords as Ms. Hannigan, H. Aguirre as Servant and Sandy the dog, U. Khattar as Wabucks and Drake, I. Lawrence as Officer Ward, E. Schnaible as Kate, I. Elizondo as Budles McCloskey, Servant and Bert Healy. The show also featured I. Herrera as Cecille, Usherette, and CIA Angent, B. Lord as Dog catcher, Servant, and Roosevelt, T. Jimenez as Apple Seller and Mrs. Greer the Servant, S. Rose as Annie, N. Knight as Molly, S. Raye as Tessie, J. Hayes as Drake and Wabucks, S. Low as Duffy, C. Knight as Star-to-be and  Missus Pugh the Servant, M. Martinez as Lily, and T. Benedetto as Rooster. These students have worked since February to make this musical happen.

Sophomore S. Raye said, “Join drama, it is for everyone.” Mrs. Karin enjoys making great memories with all the students, and each student loves being onstage. For some of these students, this is their first time being onstage. Freshman  J. Hayes said, “Thank you Royal High School for teaching me friendship, understanding, community, kindness, youth, optimism, and unity.” The students love each other like a big family. The Drama club also went to Mountain View, Katherine Elementary, and Sinaloa Middle school to show the kids that acting is for everyone.